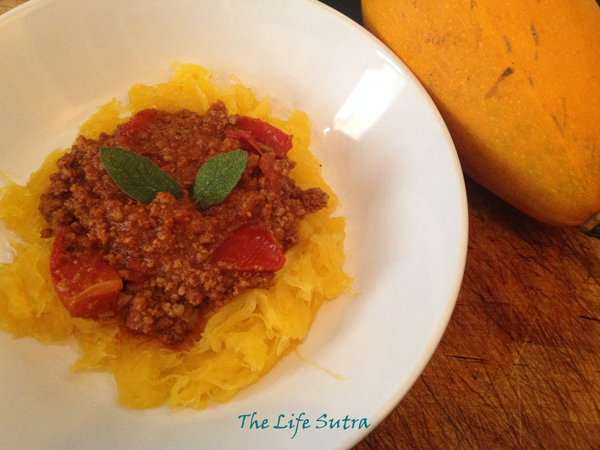 Autumn time is the season for squash, although butternut squash is readily available in supermarkets, you will hopefully be able to find a spaghetti squash too.  This squash is named spaghetti because when it is cooked the flesh can be pulled away like the pasta and if you think this won’t fill you up like regular pasta, think again!  It contains roughly the same amount of fiber as pasta but with all the added nutrients such as vitamin A and potassium.

This one was delivered in my Abel and Cole Organic box but keep your eyes peeled for this versatile squash. 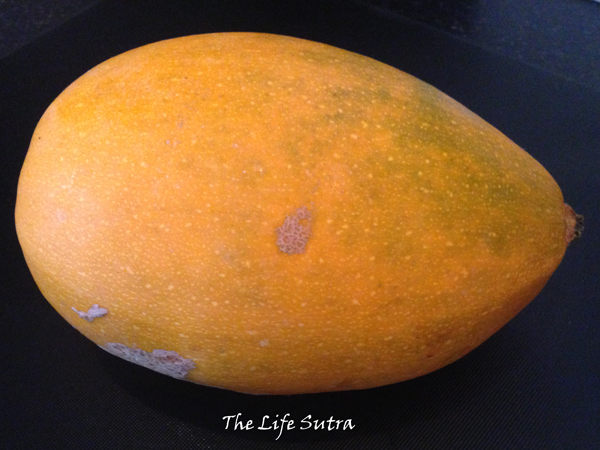 After you cut the squash in half and roast in the oven for 30 minutes, you just need to use a fork to gently pull away the fibrous vegetable so that it appears  like spaghetti.  It doesn’t taste quite like pasta, (courgette noodles are probably closer to the texture of pasta) but it makes a great accompaniment to bolognaise and the perfect way to add in an extra portion of vegetables. 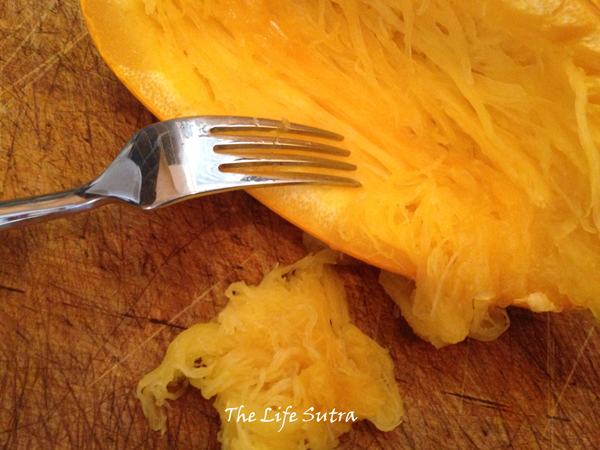 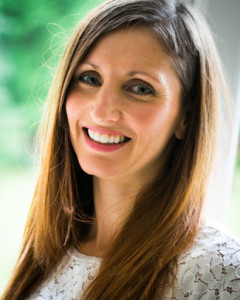